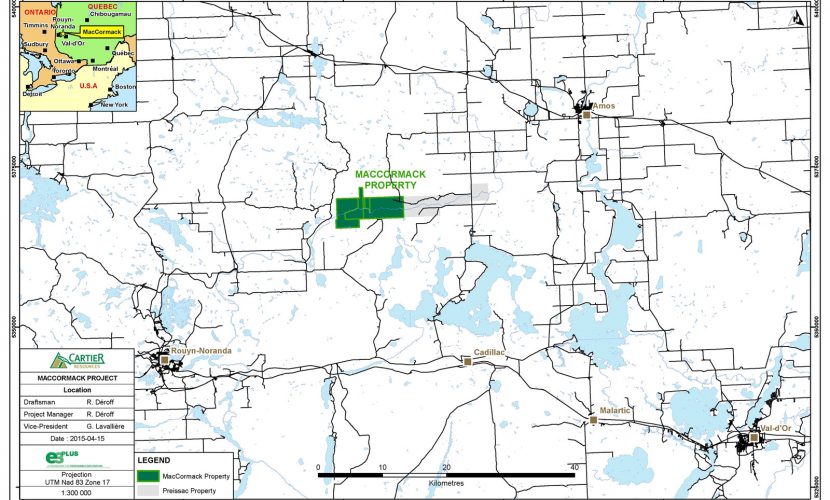 The original Cartier project.  Demonstrated gold and VMS mineralization and robust targets that could lead to the next significant discovery.

Owned 100% by Cartier Resources Inc. A total of 19 claims have a buy back clause from Glencore under certain conditions.

Massive sulphide zone with a length of 180 m and with a vertical extentof 180 m located on a favorable horizon of 3 km in length (Figures 3, 4 and 5). The best values measured along the core are the following:

Gold zones along the deformation corridor Destor-Porcupine observable in outcrop and drill core over a distance of 1.5 km (Figures 3, 4 and 6).

The 3D OreVision geophysical survey data generated 2 new drill target areas. A program and budget for 2000 m has been developed to explore this potential.

Mineralised favorable horizon to the accumulation of volcanogenic massives sulphides (VMS) intersected in drill holes over a distance of 3 km. This horizon is characterised by :

Gold zones (Photo 3) located along the Porcupine-Destor deformation corridor observable in outcrop and in drill core over a distance of 1.5 km (Figures 3, 4 and 6).

The geological setting of ultramafic lavas strongly deformed in a schist and alterated in fuschsite and chlorite has similarities to the context of Kerr-Addison Mine located in Larder Lake, Ontario.

Figures 5, 6 and 7 present the discovery potential for VMS and gold on the property. This potential is based on data collected to date.

BEST RESULTS table shows you the best values intersected to date on the property.

The property is located within the Archean Subprovince of Abitibi in the Superior Province. From north to south, the regional geology consists of a volcano-sedimentary assemblage, divided into two volcanic cycles: The Deguisier Formation (Kinojévis Group, 2718-2730 Ma), the Lanaudière Formation (Kinojévis Group, 2717-2718 Ma) and a sedimentary cycle: The Caste Lake Formation (Kewagama Group < 2691 Ma). This sedimentation episode is cut by two multiphase intrusions: La Motte Pluton (2640 Ma) and La Corne Pluton (2670 Ma). The general level reaches the metamorphic facies of the upper greenschist and locally amphibolite near batholiths. These Groups and Formations are separated by major fault zones or deformation zones oriented E-W. The intensity of the regional deformation varies considerably along these structures.

The Deguisier Formation (2718-2730 Ma) behoves to Kinojévis Group and is characterized by basaltic and andesitic lavas, felsic centers, volcanoclastic of varied composition and porphyry tonalitic dykes (Figure 3). Voluminous gabbro sills come truncate the sequence, wich abruptly segment stratigraphic continuities of markers units. Many oblique and longitudinal tectonic discontinuity fit into this geology. The Deguisier Formation is separated from the Lanaudiere Formation to the south by the Aiguebelle Fault. This fault marks the northern limit of a separate structural domain distinguishes itself by a moderate and steady dip to the north at 35 to 45 degrees of the regional foliation and stratification; both subparallel.

The Lanaudiere Formation (2717-2718 Ma) belongs to Kinojévis Group and has the characteristics of basaltic and komatiitic lavas accompanied by several felsic volcanic levels of tholeiitic composition and many late intrusions of tonalitic to monzonitic composition (Figure 3). The age of this Formation, supported by the close spatial and temporal association between the ultramafic lavas and the contemporary rhyolitic complexes, indicates that it can be correlated with the lower assemblage of the Kidd-Munro (AKM) in Ontario. The Aiguebelle fault wich borders the north of the Lanaudiere Formation along a procession of several small sedimentary basins containing locally conglomeratic facies of quartz sandstones and graphitic argillites. These points recall certain aspects of the Casa Berardi Fault. The North Manneville Fault (steep dip to the north) separates the Lanaudiere Formation of the Caste Lake Formation.

The Caste Lake Formation (<2,691 +/- 8 Ma) is part of the Kewagama Group and sedimentary facies has an exclusively composed of sandstone and claystone with pyritic black turbiditic mudrocks. It represents the sediments deposited in deep basins on the outskirts of volcanic centers (Figure 3). The La Motte and the La Corne plutons are intruded in the sedimentary sequence. The La Motte pluton (2640 Ma) is monzogranite, monzonite to muscovite and biotite, quartz monzonite hornblende and/or biotite granite, granodiorite, aplite and pegmatite granite and shows for its part magmatic texture of same orientation that the Aiguebelle Fault. The La Corne pluton (2670 Ma) consists of hornblende monzonite, quartz monzonite, granodiorite, aplite and pegmatite. The Caste Lake Formation is bordered to the south by South Manneville Fault, of E-W orientation dipping north. 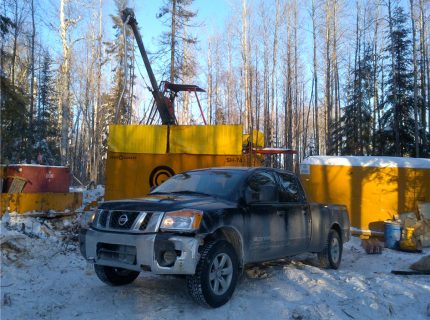 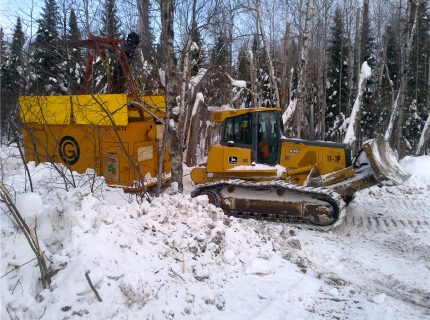 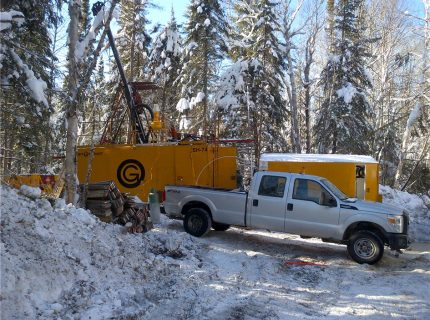 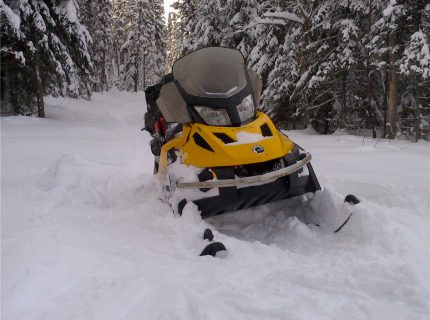 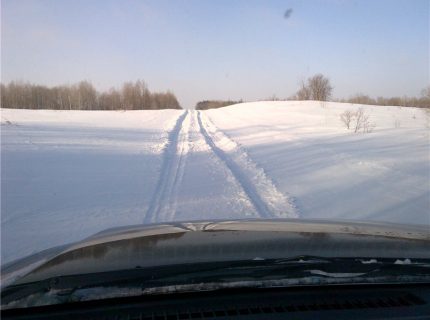 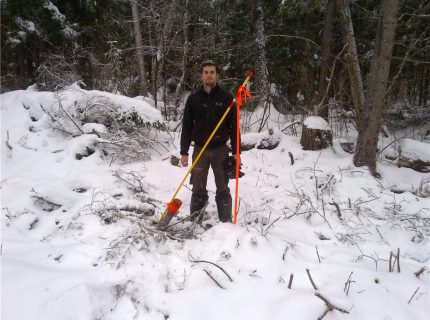 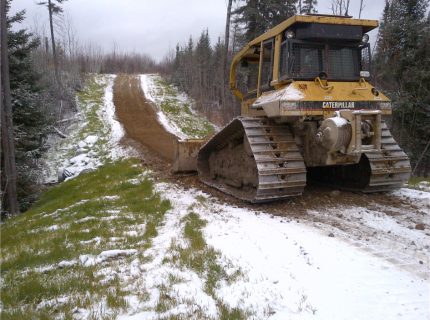 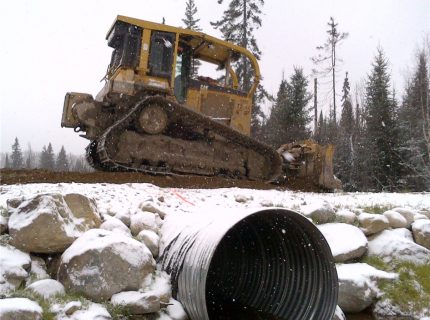 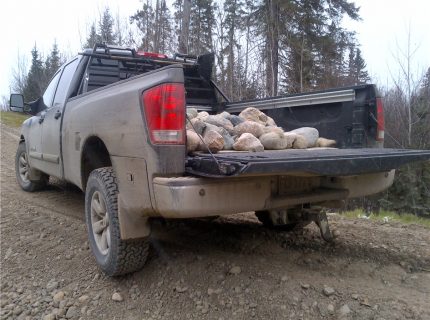 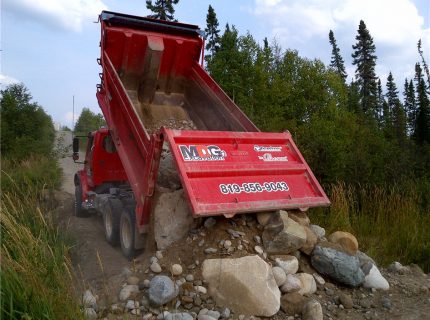 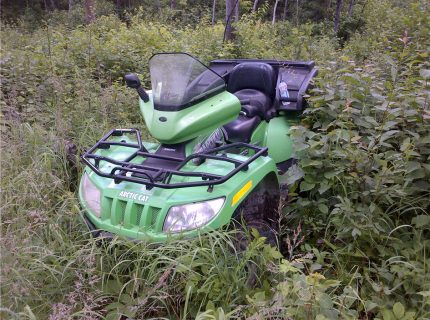 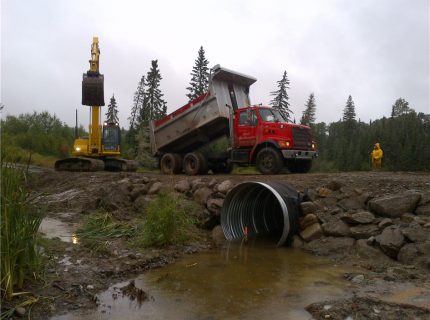 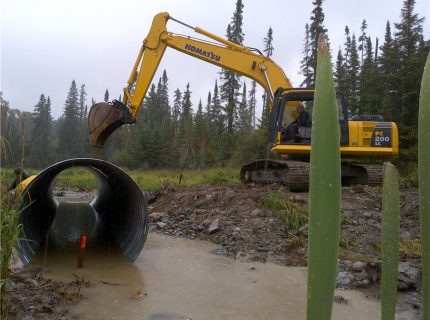 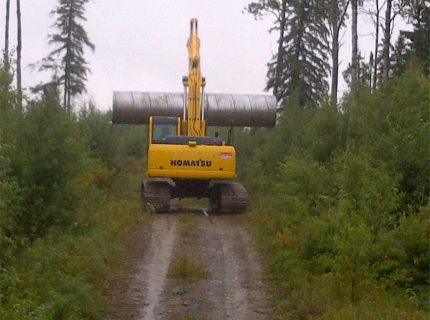 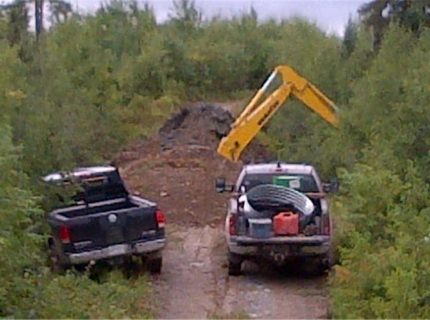 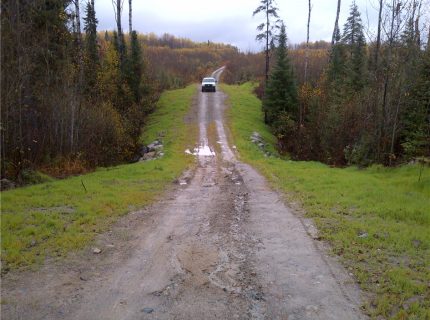 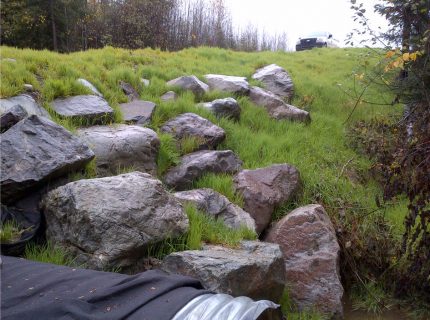 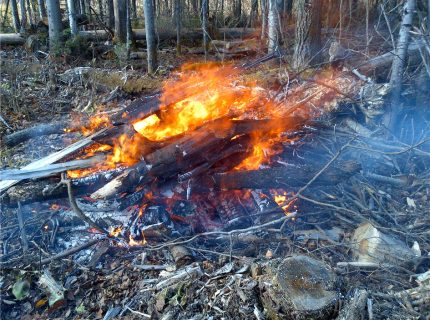 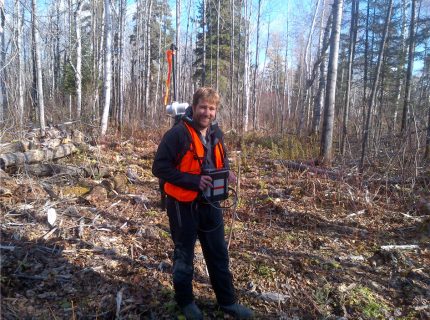 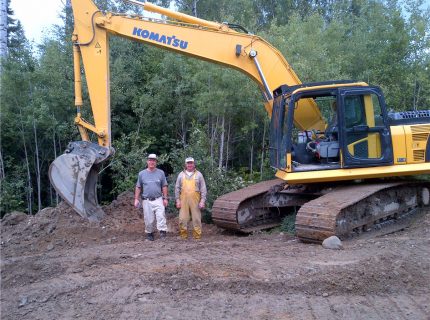 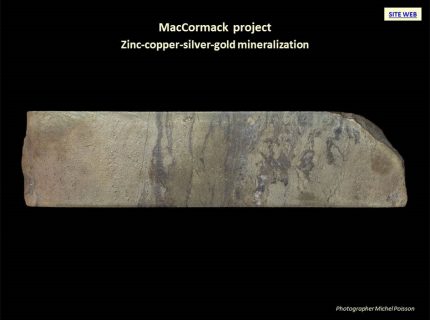 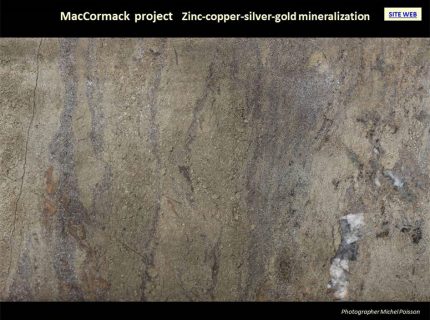 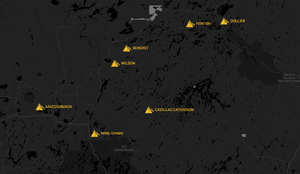