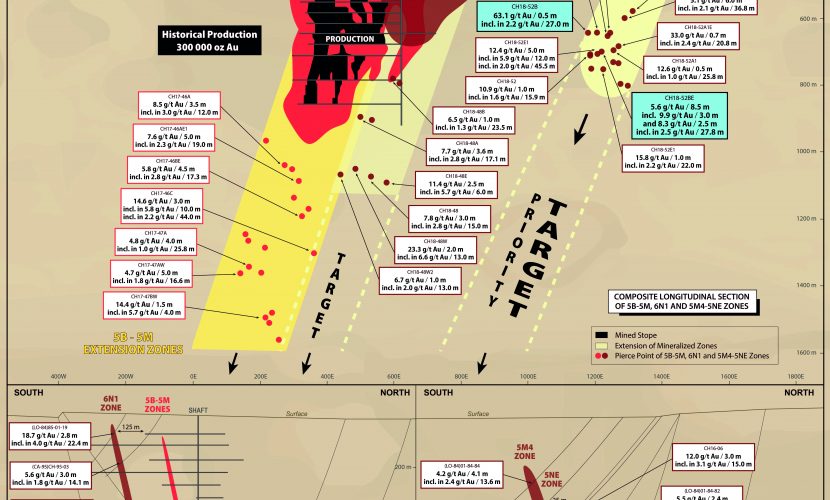 Zones 5M4 and 5NE were drilled over a length of 900 m from the surface to a depth of 700 m. At this depth, both zones were tested, to date, over an east-west orientation width of 75 m. Zones 5M4 and 5NE remain open in all directions (FIGURE).

« These new results, highlight the importance of prioritizing continued exploration of Zones 5M4 and 5NE in order to maximize the potential of drill results previously reported in the main Zones 5B and 5M » commented Philippe Cloutier, President and CEO.

Lengths are expressed along drill core axis.  The true thickness was not determined. The Company is currently building wireframes for the 24 mineralized zones and existing infrastructure of the former Chimo Mine in order to determine the dimensions of each mineralized zone as accurately as possible.

The scientific and/or technical information presented in this press release has been reviewed and approved by Mr. Gaétan Lavallière, P. Geo., Ph. D. and Vice-President for Cartier Resources.  Mr. Lavallière is a qualified person as defined by National Instrument 43-101.