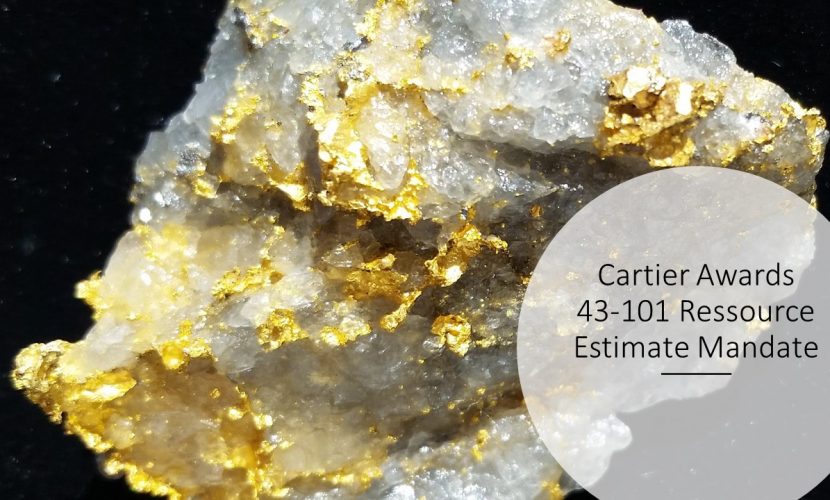 Over the last few months, GeoPointCom has worked closely with Cartier personnel, particularly Mr. Ronan Déroff, P. Géo., Senior Geomatician, to build a 3D model of gold mineralization and underground infrastructure of the Chimo Mine property. This work structured the information to accelerate data modeling by GeoPointCom in order to produce a resource estimate of the main gold structures on the property.

« We believe this work now warrants an initial resource estimate and a supporting NI 43-101 technical report for the Chimo Mine project » commented Philippe Cloutier, President and CEO.

GeoPointcom is a consulting firm in geostatistics and resource estimation. Since its founding in 2000, GeoPointcom has worked on 160 different projects from 19 independent companies covering 33 mining properties in 6 different countries. The majority of these mandates were geostatistical studies, 3D modeling and resource / reserve estimates. In some cases, the mandates included training on the use of Gemcom or Datamine software applied to the particularities of the client’s projects.

The scientific and/or technical information presented in this press release has been reviewed and approved by Mr. Gaétan Lavallière, P. Geo., Ph. D. and Vice-President for Cartier Resources.  Mr. Lavallière is a qualified person as defined by National Instrument 43-101.

The independent qualified person for the issuer responsible for the completion of the mineral resource estimate as defined by National Instrument 43-101 is Mr. Christian D’Amours, P. Geo., President of GeoPointCom. Mr. D’Amours, declares that he has read this press release and that the scientific and technical information presented therein is in conformity.