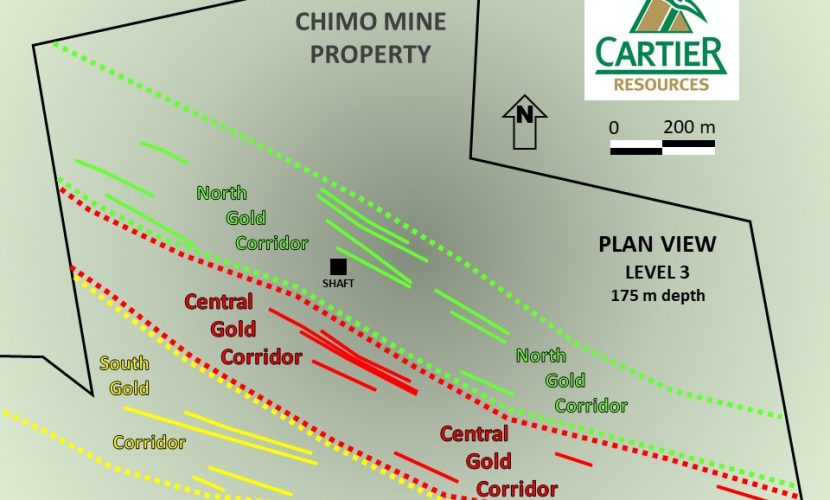 « The positive results, obtained to date from the project, lead us to develop a more global optimization vision of the project» commented Philippe Cloutier, President and CEO.

InnovExplo is a consulting firm offering services in mining exploration, mining geology, mineral resources, mining engineering, environment and sustainable development. Since its foundation in 2003, InnovExplo has worked on 450 different mandates for 170 junior mining exploration companies and producing companies. The firm has produced over 300 geological or engineering reports for projects affecting almost all of the spheres of activity of a mining project, from exploration to operation, mainly including the drafting of technical reports in accordance with NI 43-101.

The scientific and technical information of the Company and the Chimo Mine Project, included in this news release, have been prepared and reviewed by MM. Gaétan Lavallière, P.Geo., Ph.D., Vice President and Ronan Déroff, P.Geo, M.Sc., Senior Geologist, Project Manager and Geomatician, Qualified Persons as defined by NI 43-101. Mr. Lavallière approved the information contained in the press release.

The independent qualified person for the issuer, responsible for the estimation of mineral resources for the North and South Gold Corridors on the Chimo Mine property, as defined in NI 43-101, is Mrs. Claude Savard, P.Geo. Senior Geologist with InnovExplo. Mrs. Savard declares that she has read this press release and that the scientific and technical information relating to the estimate of the resources presented herein is compliant.